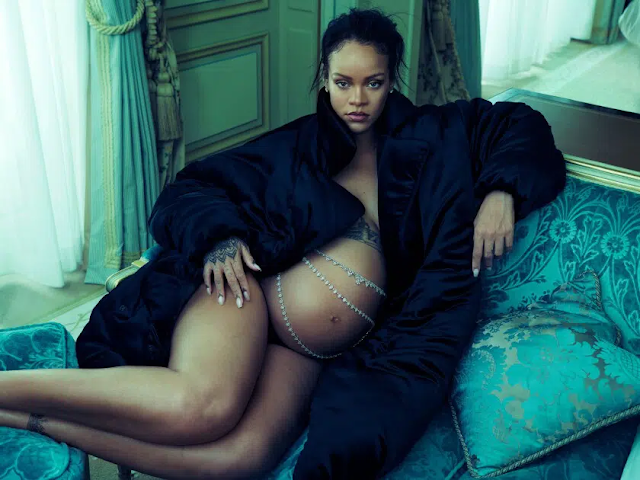 Billionaire singer and entrepreneur Rihanna has disclosed reasons why she refused to hide her baby bump months after announcing her pregnancy.

Rihanna while speaking with the Vogue disclosed that being pregnant should not be hidden as it is a thing of celebration.

The Business mogul who was featured on the May cover story mentioned she decided not to shop for maternity clothes immediately she found out she was pregnant.

She added that her body is doing an incredible thing and she doesn’t want to be ashamed about thing.

Rihanna said: “When I found out I was pregnant, I thought to myself, there is no way I’m going to go shopping in no maternity aisle.

“My body is doing incredible things right now, and I’m not going to be ashamed of that, This time should feel celebratory because why should you be hiding your pregnancy?”

Recall that Rihanna in January confirmed she was expecting her first child with boyfriend, ASAP Rocky, which went viral on the internet.

After her announcement, Rihanna had flaunted her baby bump as she attended several public functions including award shows.