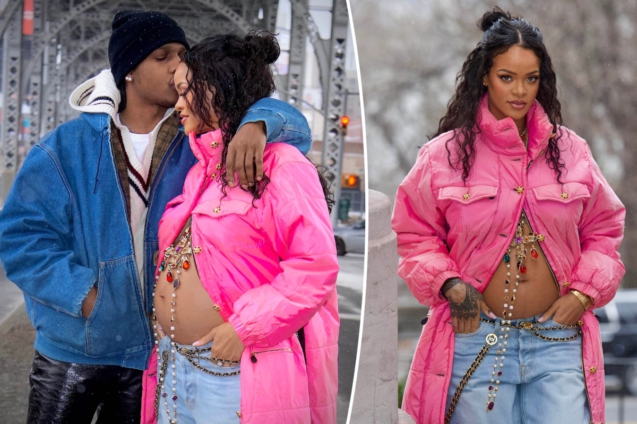 Rumours are swirling that Rihanna and A$AP Rocky, who are expecting their first child any day now, have broken up over cheating allegations, but Page Six is told the couple is still going strong.

Meanwhile, an eyewitness who saw Rihanna and Rocky on a date at Craig’s in West Hollywood just last week tells us, “She looked fine, and when they walked out they were fine. It felt normal between them.”

Page Six also obtained footage of the pair holding hands as they exited the restaurant.

“Rihanna & ASAP Rocky have split. Rihanna broke up with him after she caught him cheating with shoe designer Amina Muaddi,” Pisano alleged.

He added, “ASAP & Amina is not new though as she was seeing him years ago and also collaborated with him on a collection of shoes.”