Hours after her death, friends and some persons close to Nigerian Gospel singer Osinachi Nwachukwu have confirmed the cruel treatment she went through before her death. 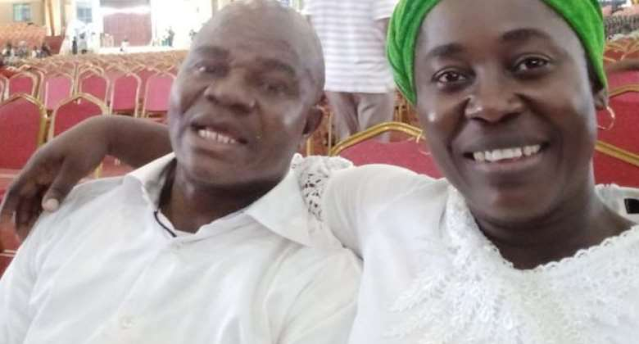 It came out that the singer was constantly abused physically by her husband.

Some revealed that she was in coma for five days after her husband stamped her chest during an argument.

It was revealed that her husband had tied her and asked her children to beat her.

Some said there were constant calls for the singer to report to authorities about her ordeal but she refused and had reportedly asked some close persons to keep her ordeal out of public sight.

‘You Too Dey Bless Me’ singer Franklin Edwards stated in an Instagram live video that the suspect on several occasions assaulted the late musician.

In a recent interview, a sister of the Gospel singer indicated that she (Sister Osinachi) was a twin adding that her other half was one Amarachi Grace Eze who sings too.

Sister Osinachi Nwachukwu, passed away on April 8, 2022, after being on life support as a result of domestic violence, reports say.

Meanwhile, news indicates that the Nigerian police have picked up Peter Nwachukwu, the husband of the singer.

The police’s action comes after his alleged involvement in the death of his wife.

Speaking to BBC Pidgin, spokesperson for FCT Police, DSP Josephine Adeh stated that investigations were underway in the case of suspected domestic abuse.

Mostly known as Sister Osinachi Nwachukwu, the Yoruba hailing singer gained prominence in the Nigerian music industry in 2017 when she featured in Prosper Ochimana’s ‘Ekwueme’.

Before fame, she had released numerous gospel songs and had performed in several churches across Nigeria.

A mother of four, Sister Osinachi was married to Mr. Peter Nwachukwu.