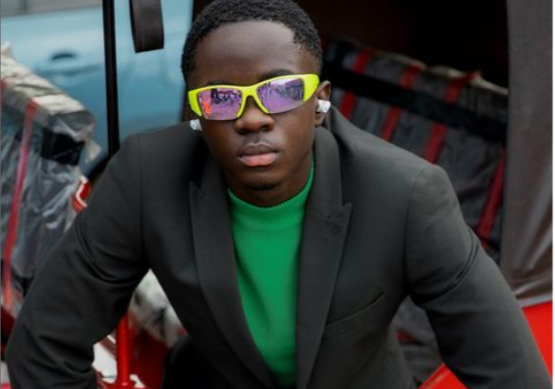 Yaw Tog has dropped the recipe for producing a great hit that infiltrates the international music market.

According to Yaw Tog, all it takes to create a banger is to cast a simple spell using words of affirmation and courage to seal it in the universe. “Music is spiritual. I would say it is a feeling because I that the song would be a hit. When you have the courage to say this song will blow, it will be done,” Yaw Tog tells Zionfelix.

Asking why his other songs don’t hit like ‘Sore’, he replied, “Ghanaians don’t like listening to EPs and albums. They like single hits. I got the numbers from different countries, UK, Nigeria, plenty countries,” Yaw Tog tells Zionfelix.

Yaw Tog also revealed that despite what some entertainment pundits have predicted about his career, he is still blazing a trail in the music industry.

“Everything is great. Still working. I have been trying to bring an EP out very soon. So I’m in the studio working. I just want to drop an EP every year. You see, it’s also money. I’m getting the numbers from Nigeria. That was the plan, and I’m getting it, so I like it. So as far as the numbers make sense, I will keep dropping. I’m not yet rich, but I’m getting there.

“I feel like others older than me haven’t reached the level that God brought me. And every day, I thank God. Without him, we wouldn’t be here,” Yaw Tog concluded.