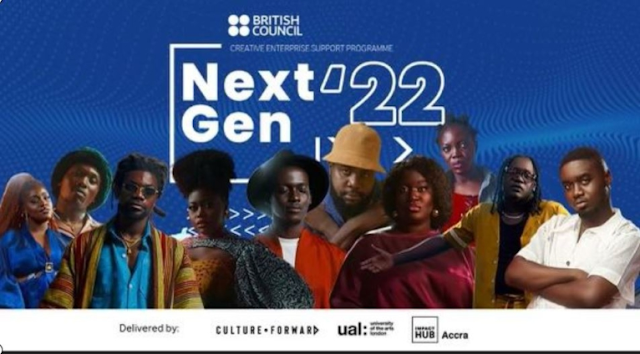 The creative industries in Ghana are rapidly growing and increasingly recognised as a pathway for sustainable livelihoods for young people across art forms such as music, fashion, film etc. However, challenges abound for young people trying to break into the industry.

In direct response to these challenges, the Programme was designed with the aim of stimulating links between the UK and Ghanaian Music creative economy by delivering training, mentoring, networking, and business development services for young, emerging music professionals in Ghana in partnership with their peers in the UK.

Following an open call for all interested applicants, an original cohort of candidates joined the program to undergo an intense 2-week learning boot camp with sessions led by key industry players from around the world. Notable facilitators and guest speakers during the boot camp include London-based producer, Juls, Benewaah Boateng of Spotify, Liza Ntiamoah of Boomplay, Sadiq Abdulai of 3Music, Musician/Songwriter Mensa and celebrated poet Nyirah Waheed.

Participants received extensive training and industry insight to help shape their careers in music and adjacent industries. 30 candidates then proceeded to the next stage to receive rigorous mentoring from six industry experts. Eventually, 10 creatives made it to the final stage where they will be receiving grants to support their career and chosen projects.

The maiden cohort of the CESP, dubbed NextGen ‘22 are Edwin Quartey, Brakutz, Sosawavegod, Toyboi, Atswei Franalo, Essilfie, Daddo Gyan, Elodie Dee, Yung Tuff and Akan. The chosen creatives will be presented at an industry event at the British Council this Friday, April 22, 2022.