Cardi B shares adorable First Photos of Her Son 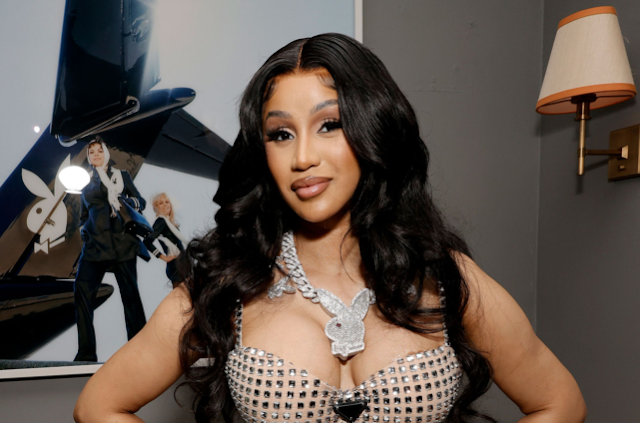 Cardi B just gave fans a heavy dose of cuteness overload with a first look at her and Offset’s baby boy!

The “I Like It” rapper took to Instagram on Thursday and shared two photos showing her 7-month-old son sitting in a comfy rocker and dressed to the nines in a baby blue puffer jacket, a matching beanie and white kicks.

The kiddo shined in more ways than one, thanks to an iced-out chain with a pendant that appears to show a smiling blue shark riding a diamond-encrusted wave. The baby boy also appears to have one of his ears pierced.

No caption was necessary for the boy’s official introduction to the world. Cardi opted for a few emojis. The response to the pics, naturally, had everyone swooning in the comments section.

One person wrote, “Homie look like he got a tape bought to drop.” Another fan commented, “OMG! Adorable! One thing you gon’ do is make hits & beautiful kids! @iamcardib.”

It was only a little over a month ago when Cardi gave fans a tiny peek at her and Offset’s second child. The tiny peek — a super zoomed-in pic of what appeared to be the baby’s eye — was in response to a fan wondering why Cardi hadn’t shared a photo of her newborn.

Cardi had originally tweeted a lament over her then-6-month-old’s aching gums as he teethes. “Ugh I wish I can take my sweet baby teething pain away. He been sad all day,” she wrote to her followers. A fan used the opportunity to ask Cardi why she hasn’t posted a photo of her baby yet, writing that the infant “got teeth coming in and we ain’t seen him yet.”

In response, Cardi jokingly tweeted the close-up pic while writing, “That’s all ya’ll will get.” Cardi, who has not revealed her son’s name to the world just yet, welcomed her and Offset’s baby boy in September.